When I first started running, I couldn’t even run a full mile. I think every runner has started here at one point. As I’ve told friends who would like to get into running as well, you just have to push through that first goal, and then every mile after is a PR (Personal Record) in itself.

To me, running was about clearing my head; getting outside and walking away from my computer, and giving myself a chance to see the world. I would walk for miles a day with my son all over New York City, and loved that I could take in the sights, people watch, and honestly see what is around me instead of always looking down at a screen.

So running became a hobby not to get into better shape (but I’ll take that bonus), but to allow at least one hour per day to myself to see something new. I wasn’t interested in running fast or super far, just getting out there and finishing. That’s what I told myself as I trained for my first half marathon in Baltimore, so I surprised myself when I finished in just under two hours, 20 minutes. (13.1 miles = average of 10 minutes per mile). That means I ran the entire thing – never stopped to walk.

The New Foursquare for Running

If I can do it, I figure, anyone can. You just have to find your reason WHY. Running to see the world has been a wonderful motivator for me, so maybe it will be for you, too! Even if you have to stop along the way, seeing things from the road in “slow motion” on a run is such a different reality than seeing things from a car or train. You really get to see things up close. In just the last year, I’ve ran in over ten different cities.

Honestly, if it weren’t for the Runkeeper app, I might have just tried some miles on hotel treadmills and not explored like this. Tracking my runs on Runkeeper as I tour cities has become my new favorite way of recording my travels. I can save these runs and routes for the future if I ever go back, or share them with anyone who might be visiting the same destination (if you want one, just ask!). Here are ten of my favorite runs from the last year:

I was up north for a trip and took to the sweltering suburban streets outside of Boston early in the AM. Even after enjoying a night on the town the evening before, I made myself get up and sweat it out. Along the run, I found some hidden signs to creepy historic houses I wanted to explore that I most likely wouldn’t have found by car. Just seeing old New England houses up close on a run is a treat in and of itself.

If you think Pittsburgh doesn’t have hills, run the south hills. I’ve never cursed hills for their DOWNWARD slopes before. I used to live in Pittsburgh, and these runs allowed me to see the yinzers I missed when I moved away.

Click here to read the other 8 cities that was originally published on the RunKeeper blog. 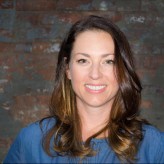 Copyright ©2015, THE VOUX MAGAZINE. All Rights Reserved. CREATED BY FUELTHEMES